Participating in the 1st AgroHackathon in Montpellier

Two months ago the 1st AgroHackathon caught the eye of the Agroknow team, and of course the initial reaction was: “Agroknow should definitely be a part of such an event organized for the first time, worldwide!”.

Of course we could not go there empty-handed, so we sat down and discussed a lot about possible hack propositions. Being a part of the OpenMintEd project we decided to combine its needs with these of the agricultural community and came up with a proposal that would cover text and data extraction from pdf publications on viticulture research and annotation of the extracted information against known endpoints (more info can be found here, and here).

Time flew by and it was time to visit the magnificent city of Montpellier and participate in the AgroHackathon event. Having arrived early on the first day, I had plenty of time to walk around the city. I would not want to spoil it for future visitors but let me tell you that you would be more than satisfied if you choose to travel and and stay at Montpellier! 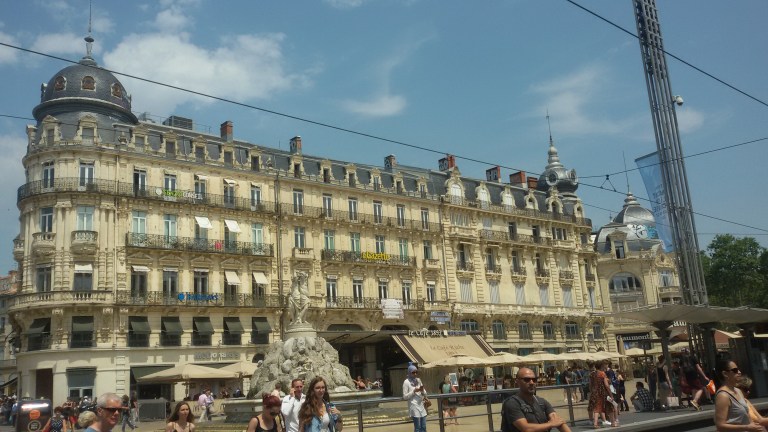 In the afternoon it was time to visit LIRMM for the start of the event. Despite being the only one from the Agroknow team, it felt like home from the start. Many familiar faces, met in OpenHarvest at Chania were participating and of course everyone was more than friendly so everything was set for a very productive and nice time for the next 3 days.

During day 1, the first presentations of possible challenges were made, and the day was concluded with a buffet offering local food and dessert. An excellent time to get to know the rest of the participants from around the world. Just to give an idea, people from European Bioinformatics Institute, FAO, INRA, IRSTEA, Stanford and of course the University of Montpellier were there. 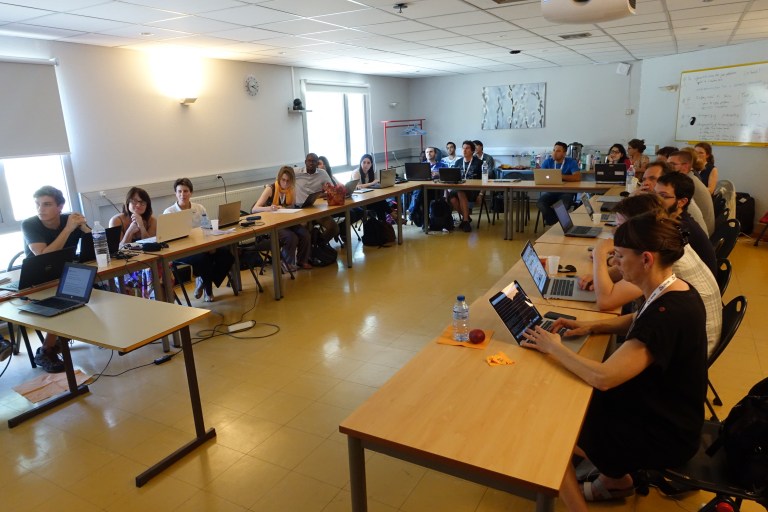 In the main room, presenting ideas

Day 2, started with the rest of the challenges being presented (along with Agroknow’s), and it was time for the participants to choose their teams and start coding (and more!). The first (very) pleasant surprise came right at that time, our proposed hack was the one that caught the attention of the majority of the participants, and the group formed came to be the largest in the contest! Three people from IRSTEA, 2 from Stanford and 3 students at the University lead by Agroknow’s proposal, we got into our hacking room, where an abstract overview of the proposal was designed on a blackboard(!), the sub-groups were formed, and the (very) interesting part, that of the implementation, started. Everyone having their role to play, we got down to our laptops, started working and did not get up until it was absolutely necessary, to head downtown for dinner (yes we were the last team to arrive), and a beer afterwards which seemed like an excellent idea!

The final day of the event started, and we headed directly for our hacking room, a lot of work had to be done and there was little time available! The final coding was taking place and some last minute modifications were made, when we decided it was time to take a break before finalizing our presentation of outcomes, and head downstairs for lunch (again the last team to arrive). We got back up, started discussing and completing the presentation to be made in front of the rest of the teams, and the judging committee. We literally completed this part a minute before we were called to gather up and start presenting. However the goal was achieved, text was extracted from pdf files, and then sent over to 3 annotator endpoints (AgroPortal, FREME, and a SPARQL endpoint for Grape Varieties developed with the help of Maritina), entities were recognized, interlinked and returned into various formats from an API endpoint.

The presentations started, and really great and helpful to the community ideas were implemented. As I got up to make the presentation I thought to myself: “Ok, you have 15 minutes to present all those great outcomes, that will be close!”. Our presentation was complete along with the rest of the teams, and it was time for the voting to take place. Each team had 4 votes to distribute to other teams, and the judges would also have another 4 to give to whichever team they decided. The votes started and it was clear from the beginning, people did like our work! Before the final votes were cast, it was mathematically certain, Agroknow’s proposal, implemented by a group of 9 really productive and hard-working people was the winner of the 1st AgroHackathon! 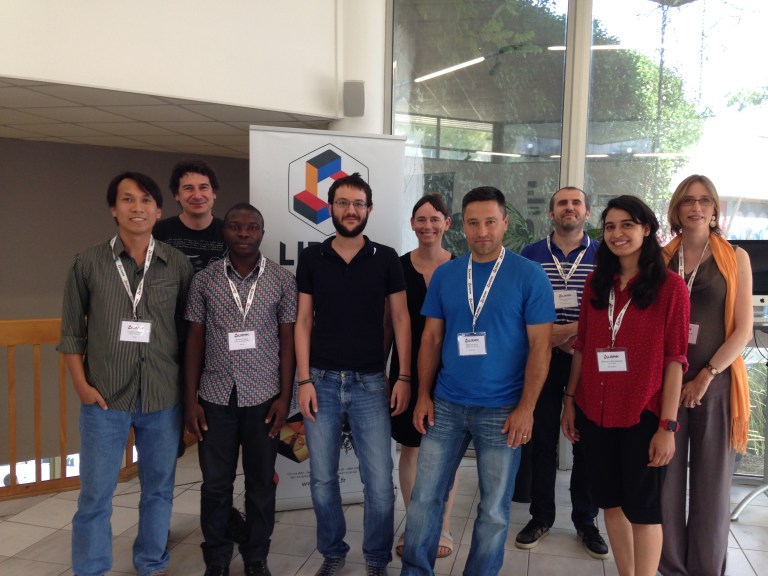 A big thanks, to everyone in the team for the devotion and hard-work to complete the challenge, a challenge that I am certain will be really helpful to the agricultural (and possibly not only), community! Also a big thank you should go to both Clement and Pierre, for organizing such an amazing event for the first time 🙂